Over November 2016, Peter McManus and the team spent three weeks salvaging superb timber from the old Windsor Smith Factory in Preston. During the demolition of the Preston Windsor Smith factory, we were able to source some really wide panels (of Yellow Stringy Bark), which really shows off the full grain and detail of the timber. Check […]

ICONIC PIECES FROM THE YARD Craftsman turns salvaged timber from Victorian landmarks into stunning furniture, writes Mark Bunker. Every piece of furniture can be customised to the customers needs, says craftsman and director of YARD furniture Peter McManus. With a 30-year passion for salvaging timbers, Mr McManus draws on his skills as a carpenter and extensive knowledge […]

Windsor Smith was established in 1946 and what started off as a small, family-run business, has now grown into a leading footwear brand that has sold over 50 million pairs of shoes worldwide.The two-storey factory was built in 1945 and was located on High Street in Preston. At the end of 2016, YARD assisted in the […]

1989 Del Monti Suits advertisement. Del Monti suits opening in the early 1970s operating as one of Australia’s first direct-to-public manufacturers. With the majority of suits made on-site, Del Monti was widely known for it’s high quality suits. The slogan ‘look good, feel good, are good’ was the core of its advertising in the 80s. The […] 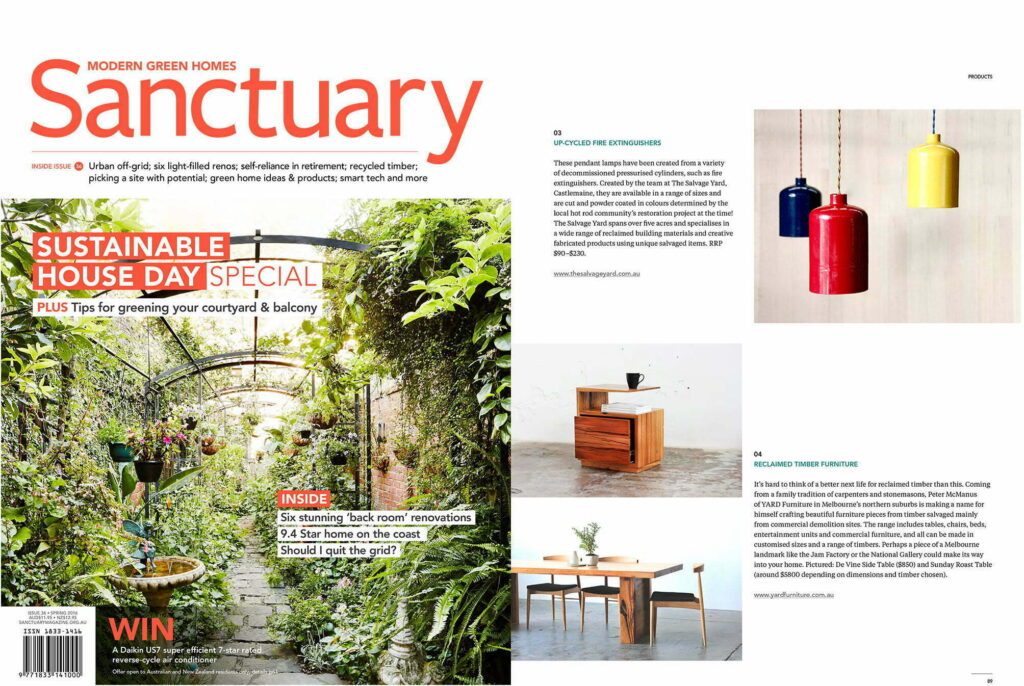 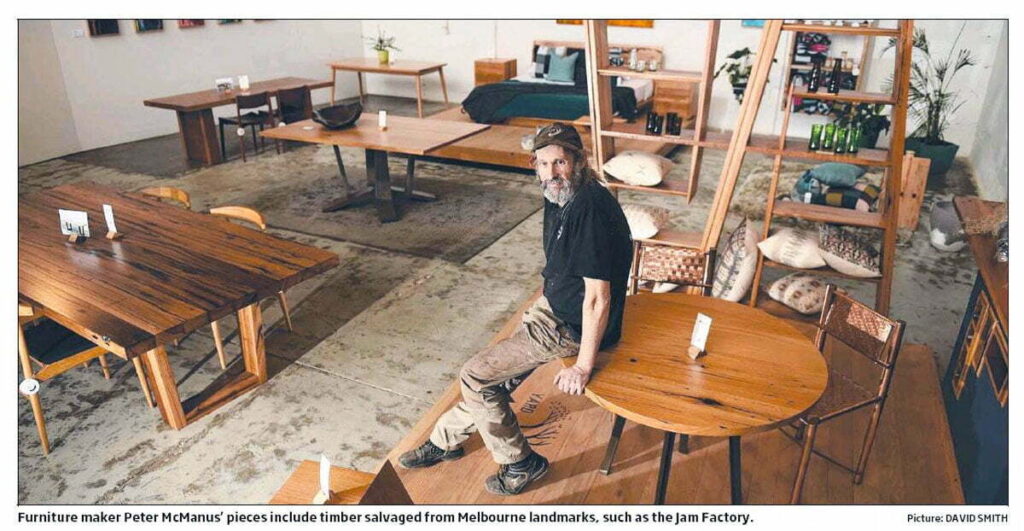 New life is breathed into salvaged timber treasures A PRESTON furniture maker is causing a stir selling small pieces of Melbourne’s history. Peter McManus has carved a niche for himself creating “statement pieces” with timber salvaged from Melbourne landmarks including the NGV, Jam Factory, Don Smallgoods factory and even AMCOR. “Most of my timber comes […]

The National Art Gallery of Victoria opened in 1968. The National Gallery of Victoria – known as the NGV is Australia’s oldest and most visited gallery with almost 2.3 million people visited the NGV last year. It is one of Melbourne’s most popular attractions, not only for tourists, but loved by locals. The iconic NGV located on […]

The Don Altona North Factory opened in 1970. YARD is thrilled to have a batch of Recycled Grey ironbark salvaged from the demolition of the Altona North Don Factory. Don Smallgoods was established in 1947 by butcher R.J. Gilbertson. Gilbertson began producing processed meat products from his Essendon store. A fellow butcher suggested he name the […]